The Fathom-X Tether Interface Boards provide a high-speed, long-distance Ethernet connection to an ROV or other remote platform. They’re designed for use with the Fathom Tether, standard Cat5 cable, or even a single twisted pair of wires. This board uses the HomePlug , which leverages the robust HomePlug AV (IEEE-1901) standard for sending Ethernet through powerlines. It has the following features:

Unlike our Fathom-S Tether Interface, with Fathom-X the exact same board is used on each end of the tether. One on the ROV and one on the topside. You can even connect more than two of these boards to the same tether lines. (Not sure why you’d want that… two ROVs on one tether?!)

1. Connect two wires from the tether cable to the terminal block.

2. Power each board with either a USB connection or a 7-28V input to the small terminal block.

3. Connect an Ethernet cable and the connection should become active immediately 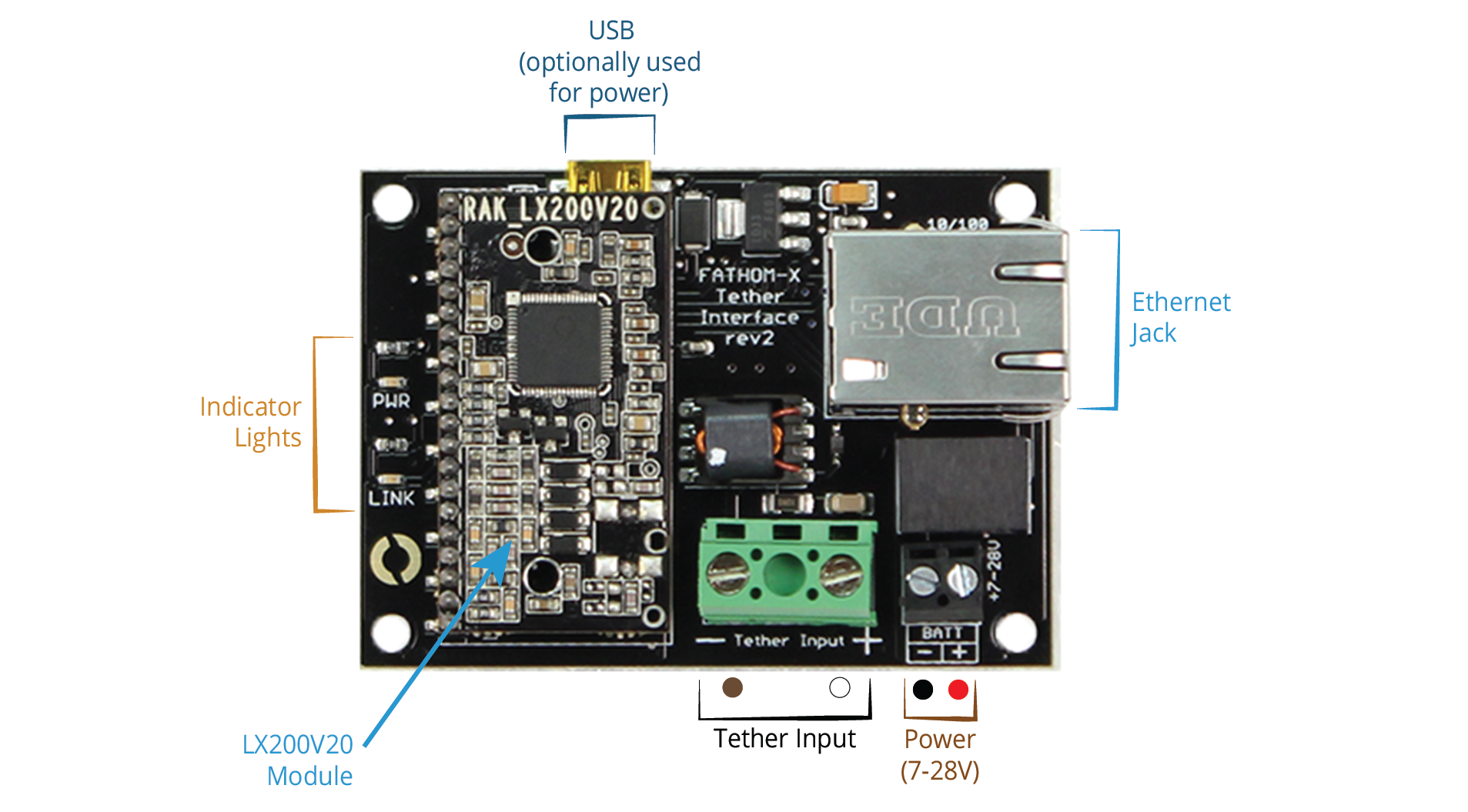 In most cases, the Fathom-X setup is simple. Once powered, it acts as a transparent Ethernet bridge to extend any Ethernet connection through the tether.

The four screw holes are identical to those on the Fathom-S ROV board, so they can be interchanged quickly.

The Fathom-X board can be use with the Fathom-S board to provide the features of both, simultaneously. Additionally, the screw hole pattern is identical so that they can be stacked together with stand-offs.

To use both boards together:

1. Connect the tether wires to the Fathom-S board normally.

3. That’s it, both boards will function normally, including the power on/off feature of the Fathom-S board.